5 use cases for AI in healthcare 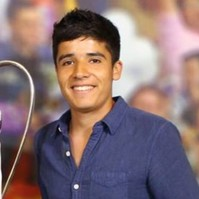 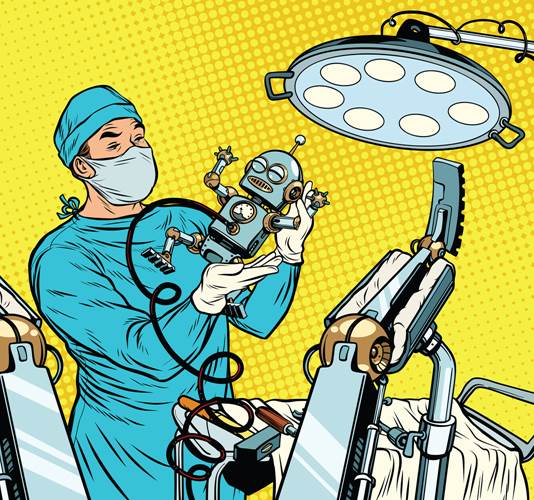 One afternoon, my grandmother and I were watching Channel 5’s GPs: Behind Closed Doors, a TV documentary about doctors dealing with everyday, walk-in cases. She had a stroke ten years ago and now assumes that everyone who walks into the surgery has had one too.

“Do you think he’s had a stroke?” she asked.

“He's got a toothache, Grandma,” I replied.

We had just decided the reason one lady was walking strangely was indeed due to an ingrown toenail when Grandma said something that surprised me.

“In a couple of years, they’ll put my brain in a robot and you’ll never be rid of me.”

I was stunned. Not just by how Grandma made the leap from a fungal infection to artificial intelligence, but also because Grandma may be right.

AI is becoming increasingly capable of doing what humans can do better than humans can, as in quicker and cheaper. What that means for healthcare is simply staggering. At the top of today’s agenda is how these medical organizations have implemented this technology to benefit their patients. How will this technology change healthcare of the future? Below are ten medical AI use cases that show the future is very much now.

AI is becoming increasingly capable of doing what humans can do better than humans can.

SEE ALSO: Recommendations for AI and machine learning in healthcare

Cancer is the most complex, deadliest enemy mankind is facing today. Microsoft is working towards tackling it as a computer would a troublesome virus: with an algorithm.

“We are trying to change the way research is done on a daily basis in biology,” says Jasmin Fisher from Microsoft’s UK lab. Project Hanover uses machine learning and natural language processing to understand how tumors are progressing while programming individualized cancer treatments for patients using research data. Project Hanover also looks towards the future with moonshot efforts that could one day allow cells to fight the cancerous cells themselves.

“We are trying to change the way research is done on a daily basis in biology,”﻿

Ava can track your pregnancy ﻿

The Zurich-based start-up helps couples who are trying to get pregnant by giving them precise insights about the menstrual cycle through the Ava bracelet. The device measures 3 million data points every night. Ava presents trend analyses which track your sleep, physiological stress levels, and resting heart rate. It seems good things do indeed come in small packages.

SEE ALSO: The benefits that a digital healthcare system could bring aren't out of reach

Google can predict when you will die

Google now plays a part in every aspect of all 1.17 billion of its users’ digital lives. Now, the company’s Medical Brain team is using AI to predict hospital patients’ likelihood of death. Google’s algorithm, which uses huge data sets, has shown to be over 90 per cent accurate so far. In one case study, the algorithm gave a woman with metastatic breast cancer a 19.9 per cent chance of fatality by analyzing 175,639 data points from across her medical records. Within two weeks, the patient had died.

Google’s algorithm, which uses huge data sets, has shown to be over 90 per cent accurate so far.﻿

Prognos is a New York based startup which aims to use AI to detect diseases before they happen using a registry of fifteen billion medical records. It tracks 180 million people in fifty different areas like asthma, lung cancer and others. Data scientists and clinicians analyze clinical lab and diagnostics results to make predictions about an individual’s risk for disease, identifying anyone from high risk patients to the newly diagnosed to those who are not responding to care.

Samsung brings you health consultations from your phone

Samsung has partnered with Babylon Health for ‘GP at Hand.’ The service uses AI to analyze a patient’s symptoms before putting them in a video chat with a GP if necessary. “GP at Hand is a window into what the NHS of the future will look like,” says Dr Howard Freeman MBE, senior GP. Prescriptions can be sent automatically to a pharmacy of choice and the patient can even be booked for a physical examination. ‘GP at Hand’ will be included in the Samsung Health app on Galaxy devices.

“GP at Hand is a window into what the NHS of the future will look like,”

What is the prognosis?

These are just some of the ways companies – from prime players to start-ups – are using AI to change the face of healthcare. What fascinates me is it seems AI and data analytics can be implemented in every area of healthcare imaginable at every end of every spectrum. Cancer development, general practice, births and deaths can all be represented in datasets, which can then be analyzed in real time in order to save lives. Amid the public’s fascination in AI as some sort of ‘doomsday’ technology, too often are the huge benefits to mankind lost in the wider discussion.

If my grandmother, who is suspicious of the parish priest ("What kind of man wears black all the time?"), can be optimistic about the future of this technology, the rest of us have no excuse.

Why not have your say? Join the AIIA Roundtable—an exclusive “closed door” community of corporate enterprise AI & AI practitioners. Further details can be found here.