Its been a turbulent few weeks for Nvidia, but their continued dominance in GPUs and artificial intelligence should see them through in the long term 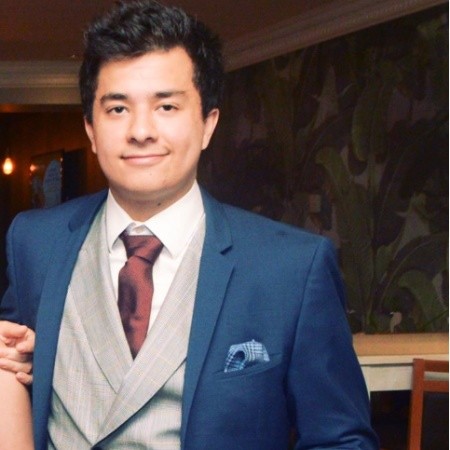 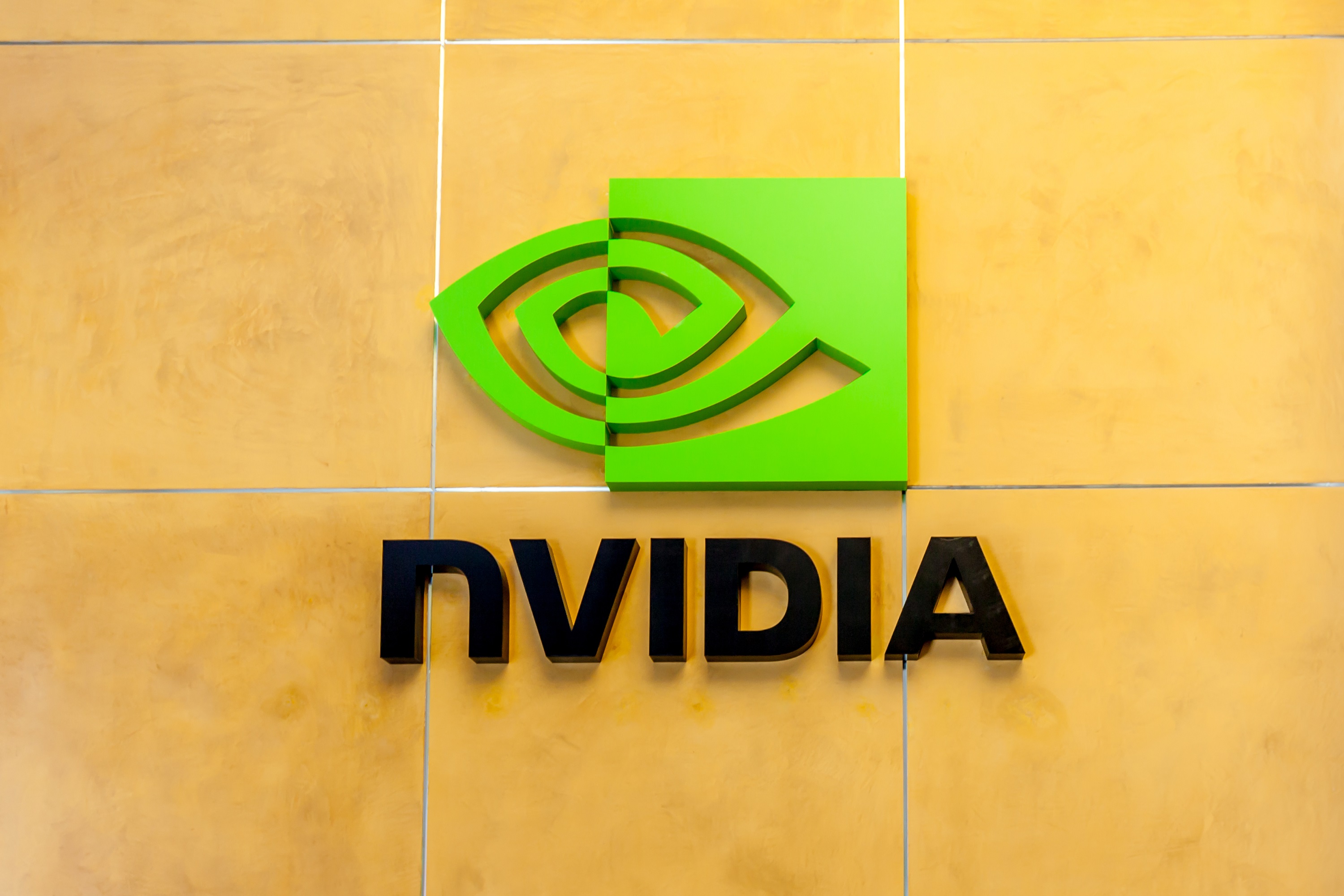 Nvidia corp shares have plummeted in recent weeks after the American technology company stated that it was still suffering from a long-enduring crypto hangover. While its short-term future seems bleak, Nvidia's long-term prospects haven't changed — thanks to its continued dominance in the GPU sector and its growth in artificial intelligence.

The US technology company was founded in 1993 by computer scientists Jen-Hsun Huang, Curtis Priem, and Christopher Malachowsky. The company is well known for providing computer and technology related services, such as integrated circuits and graphical processing units (GPUs), but in recent years, AI-based solutions.

The GPU as an enabler of machine learning and AI

Undoubtedly a frontrunner in graphics and computer game technology, Nvidia’s first commercial product was the NV1 released in 1995 which as an innovative chipset that could render 3D graphics.

Indeed, Nvidia's GPUs were initially designed to facilitate high-performance graphics and environments in PC gaming, with photo-realistic visuals and believable 3D worlds (see the video below). However, in the last 5 years, the company has pivoted towards machine learning and the Nvidia is now a developing technology with the sole purpose of machine learning training.

In the artificial intelligence and machine learning space, Nvidia's core service is providing the GPU to facilitate machine learning techniques with the horsepower that is needed in areas such as autonomous vehicles, which internet and technology giants have been very keen to pursue.

Fast forward to now; Nvidia is still at the forefront of graphics processing technology. In fact, Nvidia's GPU segment provides a wide array of solutions for the commercial gaming sector, with its GeForce line, a stalwart solution for high-end gaming. But, it's not just games that Nvidia offers solutions for, their Quadro line is aimed at designers, and the DXG and Tesla GPUs provide solutions for artificial intelligence and data analysis.

RELATED: Building Your Team To Tackle Your Unstructured Data Now

While their dominance in the PC-gaming scene hasn’t subsided (in fact Nvidia market share in 2017 for GPUs was 69.7%) it is Nvidia's movement within the AI sector has been particularly impressive amongst investors and Wall Street. 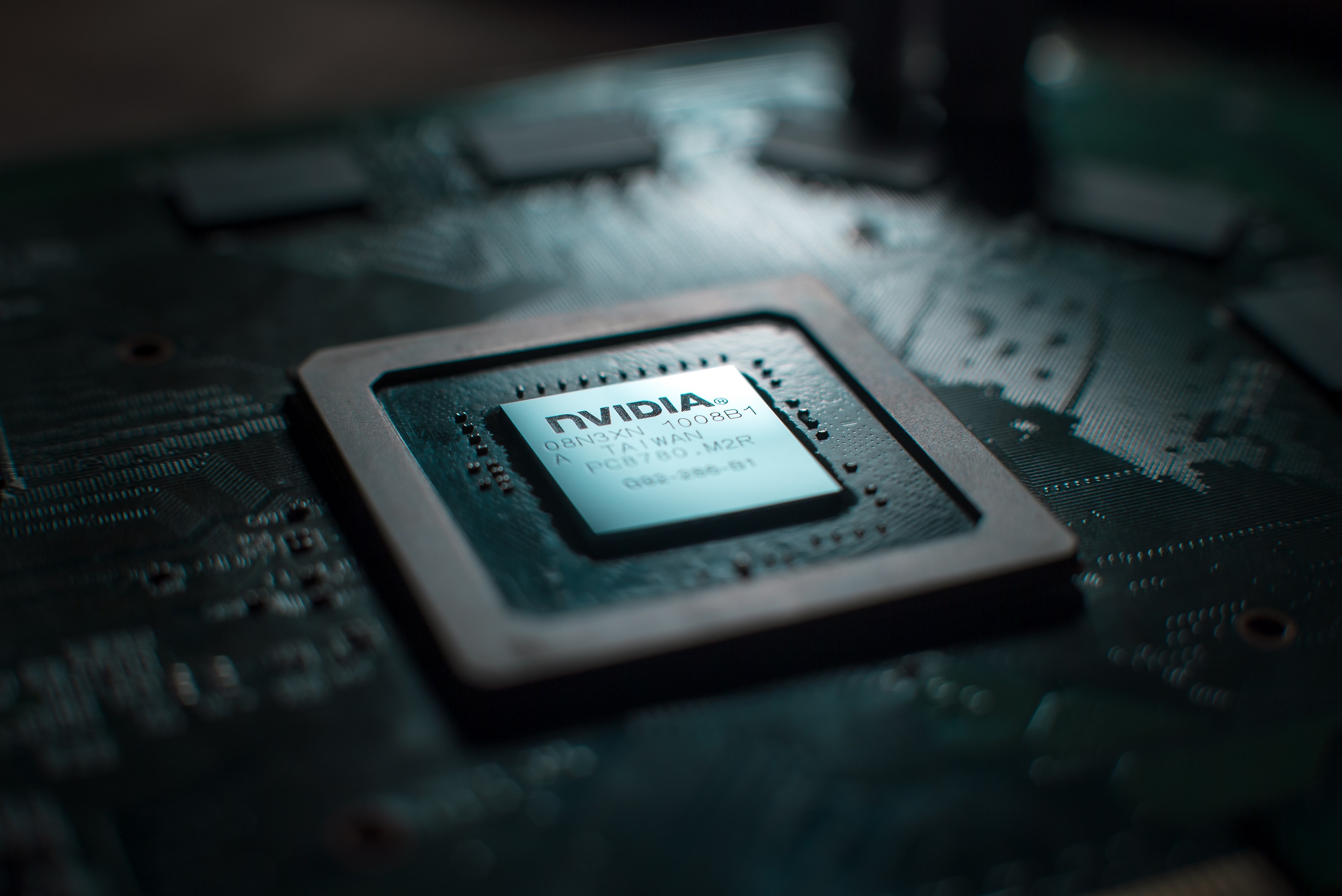 Many are starting to take notice of Nvidia's chipsets. While they can conjure up photo-realistic graphics, they are also ideal for tackling the intensive requirements innate within machine learning and artificial intelligence. Nvidia has been able to combine their many years of expertise in the computer graphics sector with the naturally converging world of artificial intelligence and machine learning.

From tech giants like Google and Microsoft to the automotive players like Tesla, companies the world over are buying Nvidia GPUs to enable their resource hungry artificial intelligence solutions. However, it’s not just the largest companies, chipsets are also being snapped up by startups who use Nvidia GPUs to power various AI-based solutions, from drones to trading stocks and online shopping.

RECOMMENDED: 5 use cases for AI in healthcare

In fact, Nvidia’s dominance in the GPU sector, combined with its continued success within the artificial intelligence sector, had resulted in the companies stock prospects skyrocketing more than 500% over the last five years. Nvidia’s growth from a GPU company has been well purported by its founder, “We're not a chip company; we're a computing architecture and software company." 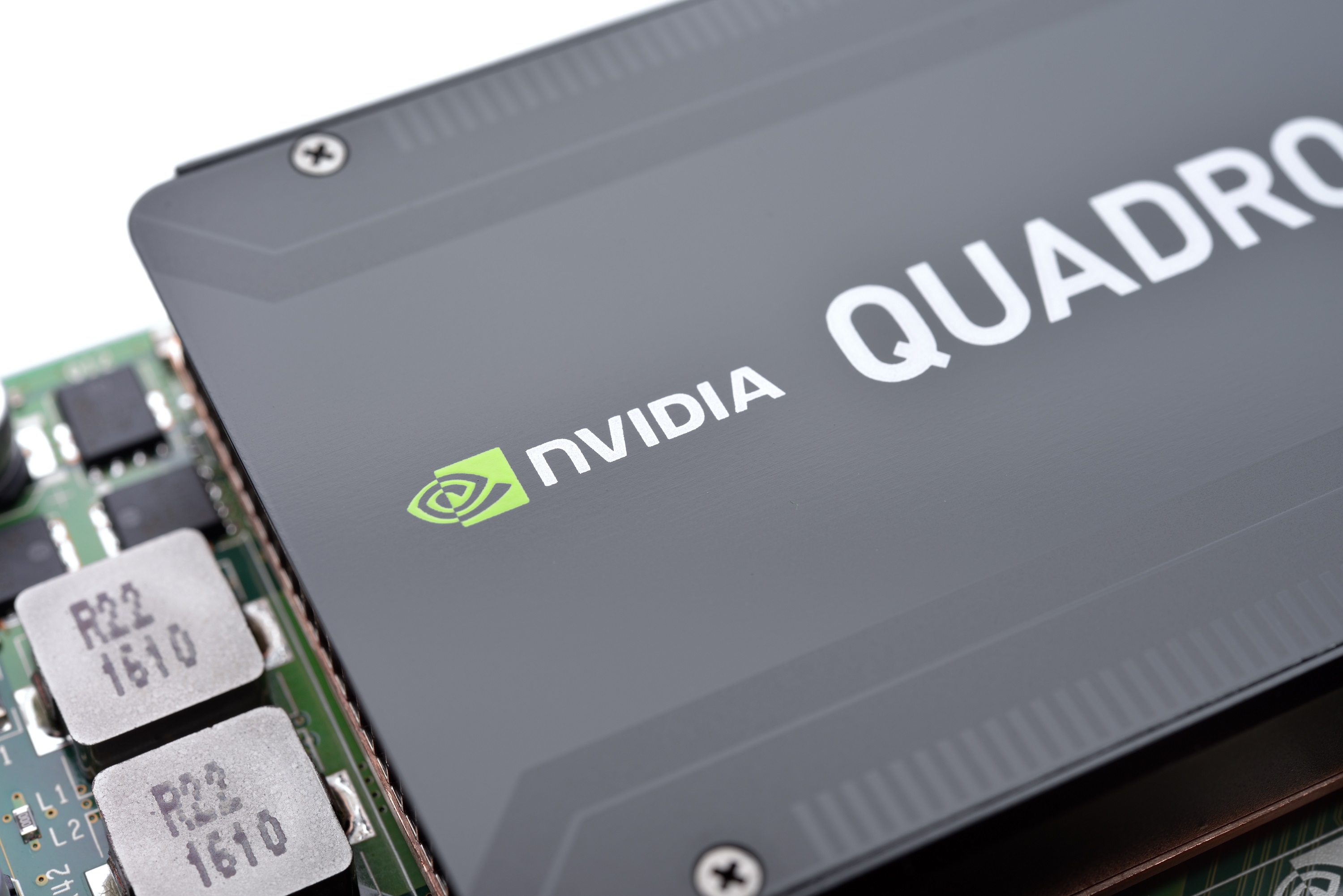 Indeed, it is the GPU-optimized software in its product line that is laying the groundwork for new and exciting technologies like automated vehicles and robotics.

Nvidia and the AI sector

AI and deep learning solutions are substantially increasing in complexity and require large memory, multiple GPUs, and an extremely fast connection between the GPUs to work. So, what are the GPUs powering today's artificial intelligence products? Most products utilise the GTX foundation. Here are some of their core products 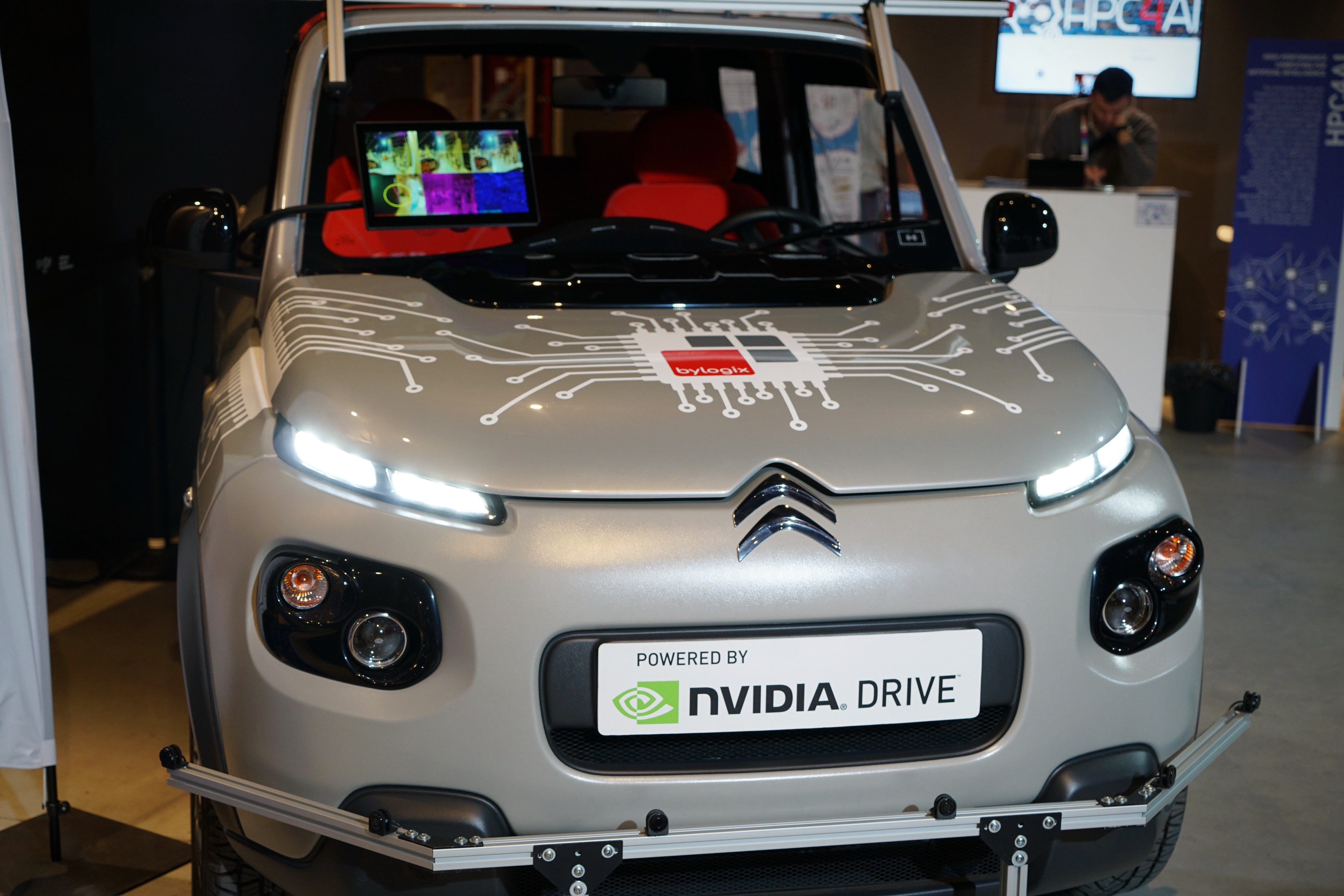 RELATED: How does NVIDIA's artificial intelligence teach a car to think?

In December 2018, Nvidia announced groundbreaking research that enables developers to create fully 3D synthetic environments with AI, in a great example of the natural conversance between artificial intelligence and GPUs.

Traditionally, every object within a 3D environment has to be modelled and textured by a designer and placed into a virtual environment. As you might think, this is a timely and expensive process.

However, Nvidia’s research utilises real-world video footage to render objects, such as buildings and vehicles. As a result, participants can virtually navigate a street that has been created from AI renders of a real-life street. In practice, the system models environments by studying video footage.  Nvidia demonstrated the technology the NeurlPS conference in Montreal in an impressive display.

The end result is a fairly simple driving game that allows participants to navigate an urban environment. However, the potential here is clear and the technology may provide developers with an incredibly efficient way of creating virtual worlds.

Nvidia's continued dominance in the GPU market and their growing fortunes in artificial intelligence have helped the company maintain a very strong growth outlook for 2019, predicting 66% revenue growth for Q1 2019.

In spite of its recent troubles — or perhaps because of them — Nvidia has a clear incentive to run on all pistons as it looks to seize position as a frontrunner in both the high-end graphics and machine learning markets.