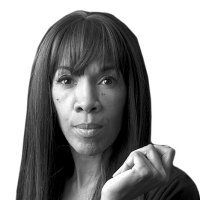 "I find the concept of a column about advice and tips for women in AI about AI a bit curious as no one could never, ever imagine such a concept for men. Perhaps this is less about the technology and more about culture surrounding this powerful emerging technology platform. I know a little something about that.

"As one who track and deciphers cultural behavior and patterns as they intersect with emerging technology usage, I would say suggest two key things to keep in mind:

"Naturally, encourage greater and greater diversity of teams dealing with any and all things AI. Artificial Intelligence is based on patterns and cultural bias, most often times subconscious, from a collective of human intelligence. Racism and sexism in, racism and sexism out. This means that a variety of perspectives will need to be included at the outset of all projects in order to obtain the most accurate data. But a major caveat here: all too often women means Caucasian women. Statistics show, in fact that those who have benefitted most from the diversity in tech movement, have in fact been Caucasian women over either gender of any color.

"This means that we need to work harder to expand our engineering and consulting searches, without a doubt. It is important to expand one’s social circles and professional circles so that a variety of referrals can be made, relationships cultivated and perspectives expanded as they pertain specifically to women of color. Period.

"Awareness of inter-female dynamics is also key. Too often over the last year the big, bad wolf has been the male who cannot conduct himself appropriately in the workplace. While this is never to be condoned, issues around women-to-women relationships is largely ignored. The competitiveness around marriage or lack of it, children or lack of them, weight or lack of it, heck, even shoe and heel size (Ladies, you all know what I mean) can sometimes make for unnecessarily tense work environments between colleagues and even more senior management.

"As the Feminism 2.0 narrative expands, such discussion is bound to arise. In the meantime, be a forerunner and try to put compassion, harmony and support in the mix rather than knee-jerk reactions that have been reinforced for centuries. If it is time to change, then let that cultural change be in full. Harmonious teams in AI will create more compelling and innovative results, hands down."