The #1 AI Business Leaders Forum In The Middle East 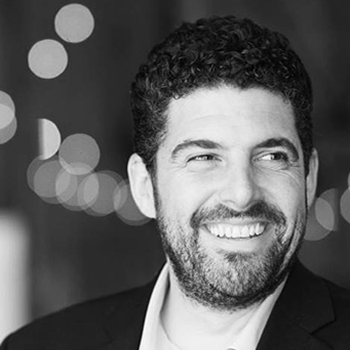 Editor AIIA
Network
See Bio
FUTURE-PROOFING GCC ECONOMY WITH AI
According to PwC, the potential contribution of AI to Middle East is expected to accrue 2% of the total global benefits of AI in 2030 which is equivalent to US$320 billion. The largest gains are to accrue to UAE where AI is expected to contribute close to 14% of its GDP, and Saudi Arabia with close to 13% of its GDP in 2030.

9:00 am - 9:45 am GCC LEADER’S PANEL DISCUSSION: Where is GCC with Artificial Intelligence adoption today and how will the landscape evolve? 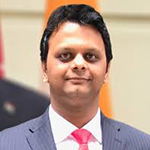 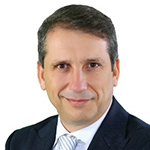 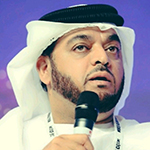 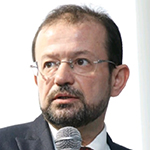 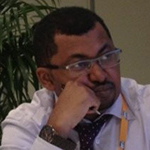 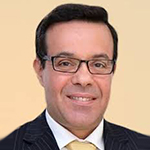 9:45 am - 10:05 am CASE STUDY: MAXIMISING AI’s ECONOMIC AND SOCIAL IMPACT - Learn from the global leader in artificial intelligence, who has achieved financial and economic growth by adopting and investing in AI solutions the right way.

Meet with some of the leading artificial intelligent solution providers by way of this fun and informative speed networking session. Join us in the Expo Hall for our 1st Round of the exhibitors’ solutions demonstrations and conversation. Grab a Demo Card and head to the exhibition hall.
ROI & ARTIFICIAL INTELLIGENCE
Organisations still do not have a clear understanding of what to expect when it comes to the ROI of AI. It is widely believed that AI is just another software solution and the returns of its application will be immediate, which in reality is not the case. Additionally, organisations are often deceived into thinking that the path to ROI is a lot smoother than it is when it comes to AI because solution providers tend to exaggerate the results their software generates.
In reality, identifying a metric to measure the reliable ROI from AI in a business is very difficult.
In this session, we will deep-dive into how business leaders should think about identifying ROI metrics that might help them understand the returns they could generate from AI projects.

11:15 am - 11:55 am PANEL DISCUSSION: How can organisations get started on AI projects where future risks and return on investments are hard to quantify? 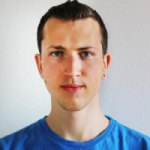 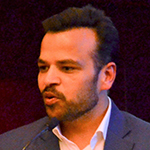 INTERACTIVE DISCUSSION GROUPS (IDGs)
Attendees will need to pre-select the interactive discussion groups sessions they would like to join at 12:15am and 12:55pm. Everyone will rotate between their two (2) choices, in back-to-back 30-minute intervals. There will be a ten (10) minute transitional break at 12:45pm. All conference attendees must pre-register for their two (2) sessions upon registering for the event. Registrations will be on a first-come-first-serve basis. If you do not pre-register, we will have to assign seating based upon demand and availability.
SECTORS BENEFITTING FROM ARTIFICIAL INTELLIGENCE ADOPTION

IDC report shows that the biggest opportunity for AI in MENA is in the financial sector. It is estimated that 25% of all AI investment in the region predicted for 2021, or US$28.3 million, will be spent on developing finance AI solutions. 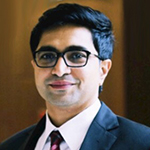 According to KPMG, AI application in the healthcare sector is mainly focussed on improving back-end efficiencies, such as the use of RPA to support care, or the use of AI to process claims. 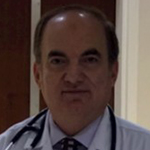 Machine learning and data science are the two main applications of AI in the oil and gas industry. 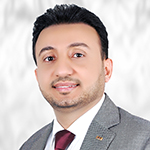 According to Business Insider, AI is set to increase profitability in the retail sector in the Middle East by nearly 60% by 2035. From automating back-office processes to inventory and fulfilment systems and supply chain, AI has the potential to turn retail on its head. 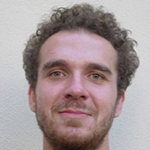 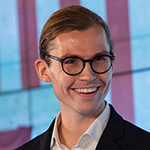 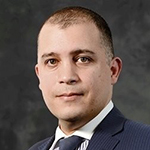 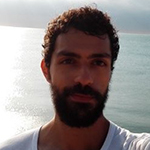 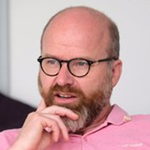 3:30 pm - 4:00 pm AI MATURITY PANEL DISCUSSION: HOW FAR ALONG IS YOUR ORGANISATION IN ADOPTING AND IMPLEMENTING ARTIFICIAL INTELLIGENCE?

According to Forbes, when it comes to AI adoption, Middle Eastern companies are on pace with their global counterparts. Majority of companies in the Middle East are in the “Piloting” or “Released” stage. More than half (62%) of Middle Eastern executives believe AI is emerging rapidly in their industry. Almost the same number (60%) agreed that their company has identified AI as a key enabler of future success, in-line with their global colleagues. Executives in the Middle East look to AI as just one part of their digital transformation, and slightly more than half see themselves as being only at the start of executing on that plan.
This session will discuss on the different stages of the AI maturity curve, based on the below stages:
Panelists: 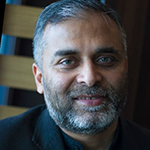 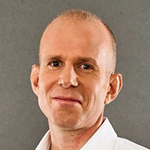 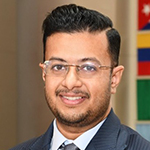