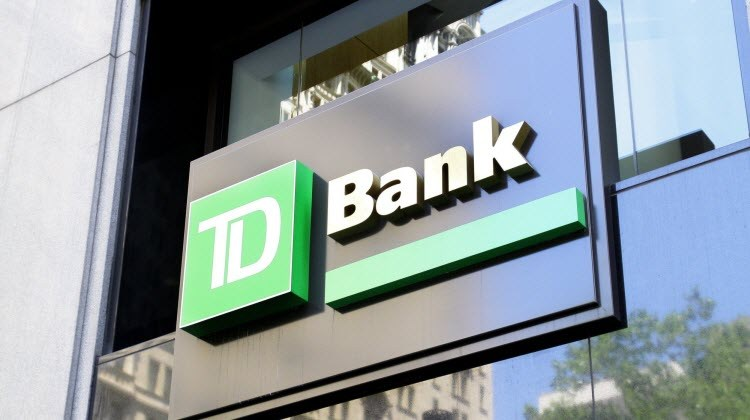 TD Bank takes rank as Canada’s second largest bank and is the tenth-largest bank in North America. TD Bank focuses on retail banking, employs over 26,000 people and provides its services to about 25 million customers.

Over the last five years, TD Bank has focused on transforming their businesses technologically – meaning that the bank has transformed its company from finance to technology. It all started with an idea that moving to a Big Data environment could bring about a 50-fold reduction in cost. By moving to this new infrastructure of Big Data, TD Bank effectively democratized access to the information it gathers and stores as part of its business. These factors include customer service interaction, transactions and data-driven insights.

In order to implement this infrastructure, the TD Bank team asked these questions:

Once these questions were answered, they knew that the format of their new infrastructure would be suitable and always have the ability to be found and accessed. The next step in implementing Big Data was set out what problems the technology needed to be used for. They wanted to go for “quick wins,” where the objective would be how quickly Big Data could generate savings through driving efficiencies that are greater than the infrastructure costs to deploy.

The development of the technological tools enabled the bank to act on the wealth of data it holds on its customers to be able to offer them tailor-made services. For example, if the bank knows that a customer is in the process of a major life event, such as buying a house or having a child, this data informs them with the products and services they might be offered. These tools also made it possible for customers to use digital services such as an app, which allows them to track their accounts on a mobile device.

The capability of this transformation was made possible by TD’s acquisition of an artificial intelligence startup in Toronto, called Layer 6 AI. Layer 6 was launched in late 2016 and uses AI in its platforms to analyze a variety of data forms to learn and anticipate a customer’s specific needs. TD Bank is Layer 6’s sole client and customer. Machine learning is increasingly being adopted throughout financial services in Canada and TD Bank has paved the way.  Royal Bank of Canada has not only invested in AI research but has also set up labs in Toronto, Edmonton and Montreal. Meanwhile, federal and Ontario governments have doubled down on AI throughout the country’s various research institutes – which both TD Bank and Royal Bank of Canada are partnered with.

Prior to the Layer 6 AI startup, TD Bank has shown commitment to using automation to improve their customer’s experience through its Twitter chatbot and their adoption of Amazon Alexa devices to offer voice banking.

Presently, TD Bank has committed to reversing the trend of Canadian developers to flock elsewhere, like Silicon Valley. TD Bank joined an effort, sponsored by the Canadian innovation center Communitech, to bring as many developers back to Canada as they can. Canadians recently held an event called ‘Go North’ in Silicon Valley. TD Bank was the only bank that participated.

“The developers didn’t go to Silicon Valley because they don’t like the weather in Canada; they went to Silicon Valley because they thought they couldn’t find the right employers up here,” said Jeff Henderson, the chief information officer at TD Bank. “Our message down there is no, there are employers up here like TD Bank. You can come and work at TD and make a difference.”

Henderson also said that they are being very aggressive in acquiring new talent and leveraging their skills. TD aims to hire 1,000 technologists this year, including data scientists and artificial intelligence experts. They plan to recruit 65% of these field experts in other places than a bank, such as college campuses and of course, Silicon Valley.

The Future for TD Bank

The next step for TD is to start using software-as-a-service, or SaaS, applications. These applications will help people share documents and help the bank adopt agile development methods. According to Henderson, employees responded to a survey saying that want more mobility and to be unchained for their desks. That’s exactly what the purpose of implementing SaaS is.

Another factor of using SaaS is to create a more positive culture surrounding the employees. With this service they plan to redesign their work spaces to be more open, have less assigned seating and more team rooms.

To become a bank of the future TD Bank is using in-house innovation. The bank has labs in Communitech as well as in Cisco’s Toronto innovation lab that is used to design and test new products. According to Henderson, TD Bank is in a test-and-learn phase. The best use case for AI, in his opinion, is using virtual assistants that better understand the customers and their needs for the best personalized customer experience. TD Bank is currently testing some options in this concept.

Click here for more information on intelligent automation in Canada

Return to Blog
We use cookies and similar technologies to recognize your visits and preferences, as well as to measure the effectiveness of campaigns and analyze traffic.
To learn more about cookies, including how to disable them, view our Cookie Policy