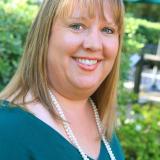 Debbie graduated with a B.S. degree in Computer Science and joined Chevron in 1989. She started her career as a programmer/analyst then held numerous positions of increasing responsibility as a Business Analyst, Project Manager, IT Manager and Senior IT Manager. She led the first ever Operating Company IT Strategy, which incorporated business requirements and set an architecture and roadmap for a major Opco in Chevron. Most recently, she led Chevron’s global Finance IT, delivering a Executive Dashboard and Cyber Security Plan before moving to Manila in early 2017 to lead approximately 700 IT professionals supporting Chevron’s business through infrastructure and application work. Her team has been instrumental in driving strategy and standards for Chevron’s RPA execution.

Check out the incredible speaker line-up to see who will be joining Debbie .