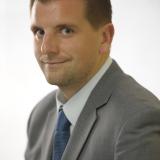 Jeremy Ware started in 2001 at The Kingfisher Group supporting the migration of legacy applications to SAP. In 2004 he became a certified ABAP developer customizing the FICO, SD and MM modules. In 2006 Jeremy joined IBM as an SAP HR Consultant within the business process outsourcing division for large clients based in Europe. During 2008 Jeremy moved to NorthgateArinso as Senior SAP Consultant. During his 6 years with NorthgateArinso, Jeremy led multiple large SAP project implementations in major blue chip customers. In 2010, he was sent on an international assignment from the UK to Manila to establish a team of developers supporting an SAP implementation project for one of the UK’s largest banks. By 2014 Jeremy joined The Linde Group in the role of Operations Excellence Manager within the Manila Shared Service Center. In this role, he led a team supporting process improvement initiatives, system standardization and optimization. Recently, Jeremy was promoted to Senior Process Expert – CTC taking care of process excellence in all credit to cash finance areas globally as well as leading the establishment of The Linde Group’s robotics process automation initiative within the Manila Shared Service Center.

Check out the incredible speaker line-up to see who will be joining Jeremy .