The future of work will be all about collaborating and analyzing without being physically present, thanks to UAV technology

Expenditure on drones—commercial, industrial and military—has grown substantially in recent years, highlighting the burgeoning usage by, among others, governments and military bodies.

In fact, Gartner anticipates the unmanned aerial vehicle (UAV) market will grow to more than $11.2bn by 2020, despite challenges like data privacy and operating regulations. But for all this projected growth, there still remains relatively little talk about the potential for drones in commercial contexts, said Airware CEO Yvonne Wassenaar.

Speaking to AIIA Network editor, Megan Wright, Wassenaar explained that the intelligent enterprise is now filling a gap, as more and more industry sectors realize the potential of an automated drone workforce to reliably capture, analyze and predict data patterns.

“Shoveling, moving dirt and crushing rock—how do you digitize that?”

It’s the combination of uploading imagery to the cloud and applying techniques to gain insight that has helped to solve this challenge, added Wassenaar.

Imagining a smarter mine

It’s no secret that mines can be harsh, expansive and remote. “One of the main challenges faced by the industry is bringing in a community of people solely for the function of the mine,” said Wassenaar.

This begs the question: What can you do to make a mine autonomous? “You can still find ways to get value but without needing so many people in such harsh conditions, so isolated from the rest of society,” said Wassenaar. 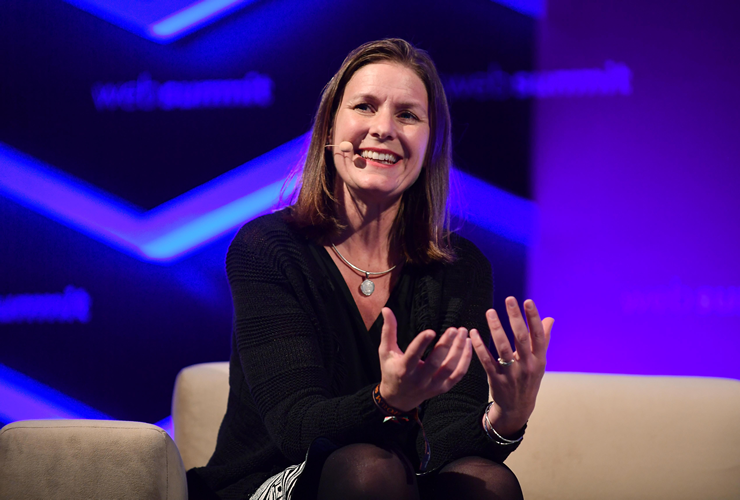 By creating a drone captured digital image, a mine can now be viewed from anywhere in the world, instantly.

“You can collaborate, make comments and analyze without having to physically be present. That’s tremendously freeing!”

“Not only do you want to be able to collaborate and talk about what needs to happen and tell machines what to do, you want to see progress made and understand the fragmentation of rock post the blast without somebody having to go out there.”

“It gives you that visibility and that extra understanding of the environment.”

“Most mines are not fully autonomous right now but I think that future is really, really close.”

As with many new forms of technology, fear of job loss prevails. A harmonious working relationship between humans and machines will enhance and support existing workers—possibly an aging workforce—and improve safety across a number of industries, said Wassenaar.

“Drones allow us to operate in safer environments,” removing the need to physically be on site to assess situations and allow teams to apply valuable knowledge of what needs to be done remotely.

“You have an aging workforce that perhaps doesn’t want or is not well suited to climb ladders or carry out other physically demanding roles. Instead, they can stay employed applying their intellect and understanding and help provide improve the customer relationship.”

“As technology takes on the unsafe , repetitive jobs and analysis roles they are better suited to, the human workforce can focus on responsibilities and tasks that we’re uniquely set up to do,” added Wassenaar. “We’re going to get a clearer picture on what that is as industries evolve.”

As more and more companies begin testing and launching drones, industrial inspections have become the most common reason for deployment. In fact, Gartner predicts the inspection segment will dominate the commercial drone market to 2020, growing by as much as 30 per cent.

One area of inspection growing rapidly is in insurance and property management, explained Wassenaar. Drone deployment in this area tends to focus accelerating customer service post catastrophic events such as Hurricane Harvey and on automating and increasing the efficiency/safety of regular inspection work with new capabilities such as automated damage detection and predictive analytics, where comparative data over time will provide unique insight. 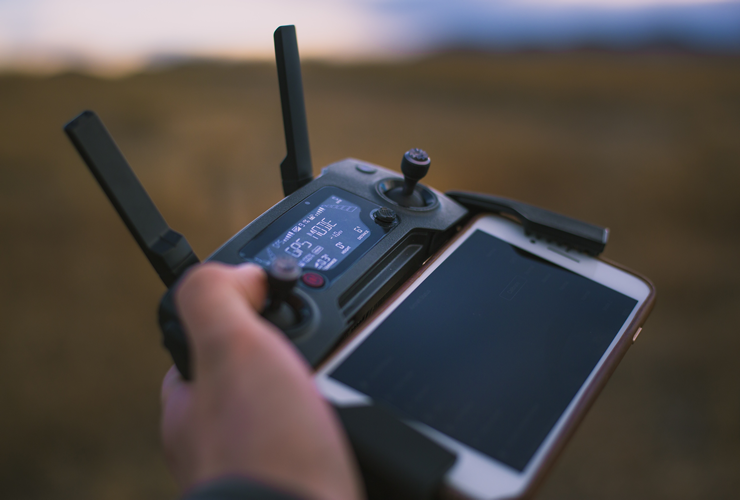 Photo by Shane Smith on Unsplash

“[These sectors] have a real focus on safety and have the ability to gain insight and actually drive improved customer service with less risk in it,” said Wassenaar.

"It's a little bit like the analogy of a car: There used to be rules of thumb for at what mileage you should have different work done on the engine. Now the car's sensors can tell you based on how the engine is performing when to have the work done. In industry there are often the same time/usage based rules of thumb for what you should do when. Now the drone imagery and analysis can help you make repairs not based on time estimates, but when they are really required."

Likewise, the rail, energy and oil & gas sectors are ripe for change, said Wassenaar, speaking on the next phase of autonomous drone deployment.

“Look for use cases where it’s either unsafe for humans, it’s really out of the way or it’s not practical, and where that comparative data over time is going to provide unique insight.”

Drones are perfectly suited to capture data, not only through images but a number of other observational sensors such as thermal for heat and sniffers for smell—all helping to “create five senses of this digitized world”.

But the data should not be constrained to the drone, said Wassenaar. For instance, in the case of an underground mine, other robots and sensors could be deployed and integrated with drone data streams.

Read more: The future of medicine with IoT, device integration and intelligent automation

Knowing how to analyze and build on collated data through automated work for an efficient, disruptive enterprise is the new focus, she said.

“Moving from visualization to basic comparative analytics to automated damage detection—or other types of automated work—to predictive. To me, that’s where it gets really exciting.”