Fear of missing out on RPA—I’m taking advantage of that! [Podcast]

“It doesn’t take long to relieve the burden of administration for somebody and allow them to do more tactical work,” said eir’s Anthony Ryan on automation

“For years and years I worked in application development—I was systems architect,” said Anthony Ryan, head of procurement operations and supply chain at eir Ireland. “My background is not procurement. The telecoms company was having some significant problems with their purchase to pay applications and I got hired to come in and straighten out the systems,” he explained to AIIA Podcast host Seth Adler. 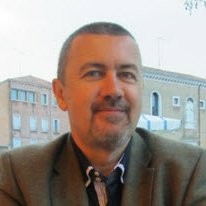 Ryan now leads eir’s robotic process automation (RPA) center of excellence, deploying the technology not only in procurement but elsewhere within the organization.

“There was a lot of resistance to sharing information with us”

Initial automation focused on finance departments. “We found it quite challenging talking to that team. We're new to RPA ourselves and we didn't appreciate how threatened people are by this technology. There was a lot of resistance to sharing information with us.” Despite this, Ryan found enough interest in automation from other departments within the company.

“There are armies of people re-keying data, making mistakes every day, and just doing what I typically called the grunt work to keep the business going. So they're prime candidates for RPA because you spin a robot up—the devil's always in the details, but on average we're talking six to eight weeks.”

“In this day and age, executives are still caught up in the buzz, they hear people talking about automation. They have a little bit of fear of missing out which is nice, I'm take advantage of that! Everybody in our industry is already doing it, so we have to get on board,” believes Ryan.

Read more: RPA: “It's the holy grail of process improvement”

Join AIIA Network podcast host Seth Alder as Ryan explains why using the right language is imperative to RPA acceptance within an organization.

3 takeaways from this week’s podcast

“The way RPA is being sold today, most of the vendors are forcing you to buy license packs five, 10 whatever the number is, and none of them seem to be catering for small to medium business. There have been quite a few people that have come up to me saying, ‘we're in exactly the same boat. How did you do it? What is your business case look like? How did you justify it?”

“You have to work through business partners. We had to negotiate hard and get one of the partners to negotiate on our behalf to get them to agree to allow us to take a five license pack versus a 10. In addition, I really had to dig deeper when I was writing the business case back to the CFO because he can see that.”

“The important thing is to establish trust—this carries an awful lot of weight when you're talking to C-levels. If I tell her something she knows there's no fluff or nonsense around it. I cut to the chase and say, ‘This is the reality,’ and I do tell her sometimes, there's actually limitations or constraints here. I always give her options rather than following a template and a cookie cutter approach which is always expensive.”

“Try to choose your language in an appropriate way because people get misconceptions when you say robots. RPA in general is often extrapolated to mean AI and that's not what it is.”